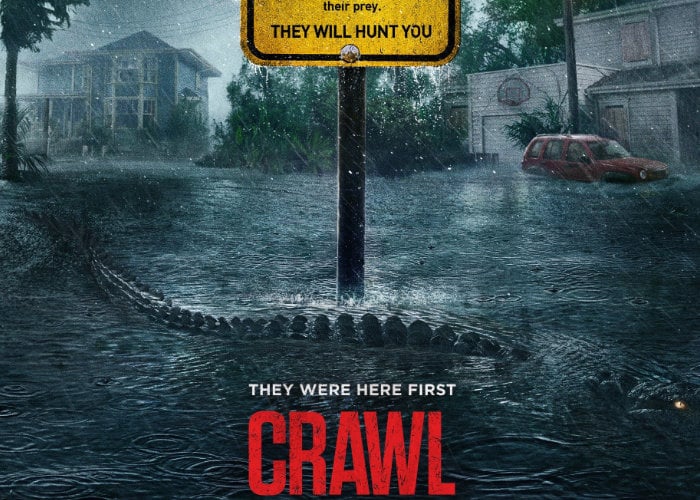 “When a massive hurricane hits her Florida hometown, Haley ignores evacuation orders to search for her missing father Finding him gravely injured in the crawl space of their family home, the two become trapped by quickly encroaching floodwaters. As time runs out to escape the strengthening storm, Haley and her father discover that the rising water level is the least of their fears.”

“A young woman who becomes trapped in a flooding house during a Category 5 hurricane must battle against Florida’s most savage and feared predators.” Kaya Scodelario as Haley Keller, Barry Pepper as Dave Keller, Ross Anderson as Wayne Taylor, Anson Boon as Stan and Jose Palma as Pete. Paramount Pictures and Ghost House Pictures announced Alexandre Aja would be directing the film with Kaya Scodelario starring in the film.