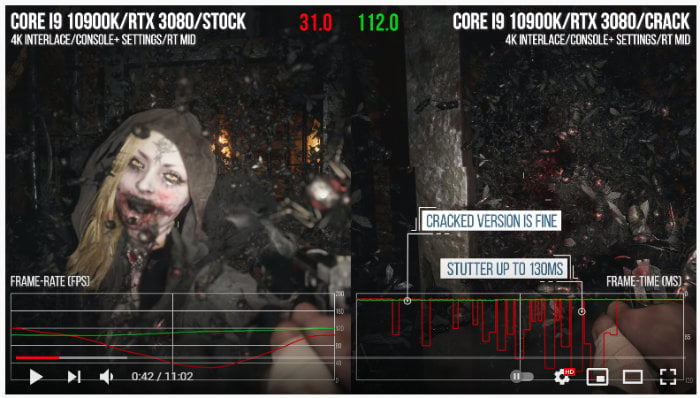 This week it has been discovered that a cracked version of the hugely popular Resident Evil Village runs at a higher performance when compared to the paid version launched on PCs with Digital Rights Management (DRM) privacy protection technology installed.  DRM has been created to provide game publishers, authors, musicians, moviemakers, and others to clarify and control what what you can and cannot do with their content. Unfortunately in this case the addition of Capcom DRM has been detrimental to the gameplay offered to paying customers. Check out the video below where you can see the huge performance differences between the cracked version of Resident Evil Village thanks to a mod available on Github and the DRM version thanks to the team over at Digital Foundry.

“Our tech review of Resident Evil Village on PC had a bunch of positive points, but what baffled us was the weird performance issues in areas of the game where an RTX 3090 could run slower than Xbox Series S and where combat was plagued with stutter. What was going on? A cracked version of the game appeared which blames it all on Capcom DRM… so what’s really going on?”