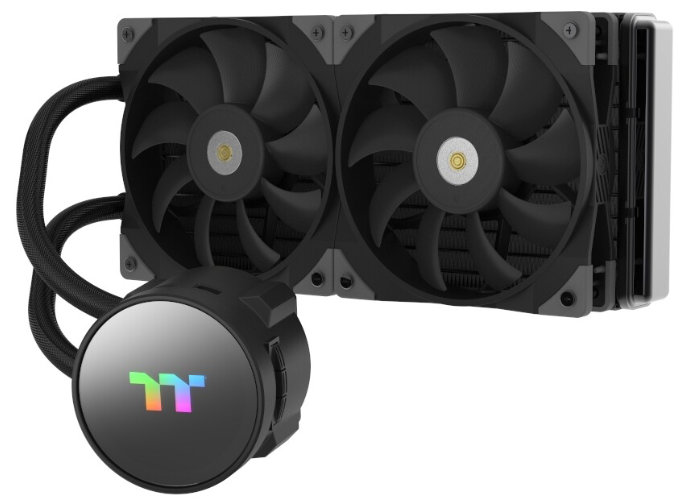 TOUGHLIQUID ARGB Sync
The TOUGHLIQUID ARGB Sync follows in the series designed more budget-friendly, adding some RGB instead of an LCD screen, gain great performance with our high-performance TOUGHFAN 12 radiator fans with 2,000RPM for strong airflow and enhanced radiator cooling. The TOUGHFAN utilized the same fan bearing and blades as the ULTRA series for superior cooling performance and quiet operation. This ARGB Sync Edition also uses the same upgraded radiator with more fin surface area and will be available in 240mm, 280mm, and 360mm form factors.

Six addressable LEDs are embedded in the pump block. Featuring a copper cold plate design and rotatable LED cap with 360° rotational orientation. Built-in controller integrated with the water saves space without the need for an external controller to manage, allowing users to connect and set lighting modes, speeds, and colors. SYNC UP the TOUGHLIQUID ARGB to a variety of 5V+ capable motherboards for easy SYNC and control of the RGB all from one software.