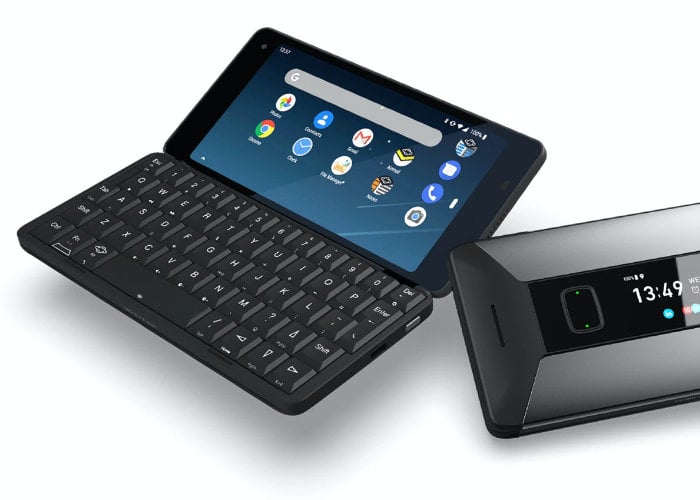 With a design reminiscent of those communicators of the 1990s Planet Computers has created a new Android smartphone which can also boot the Linux operating system providing a mobile workstation in a small convenient package. “The ultimate mobile communicator – a pocket computer, mobile phone and camera – all in one!”

After launching via crowdfunding websites the company has now raised over $1.8 million via Indiegogo with another $800,000 raised via Kickstarter from an earlier campaign. Complete with microSD card slots the small pocket computer is equipped with a 2 inch colour touchscreen display on one side together with a 24 megapixel camera. Once opened a 5.99 inch HD LCD touchscreen is accompanied by a full tactile keyboard, five megapixel internal camera to USB-C connections as well as stereo speakers all powered by a 4,220 mAh battery.

Pledges are still available from £582 or roughly $750. Features of the Cosmo Communicator include :