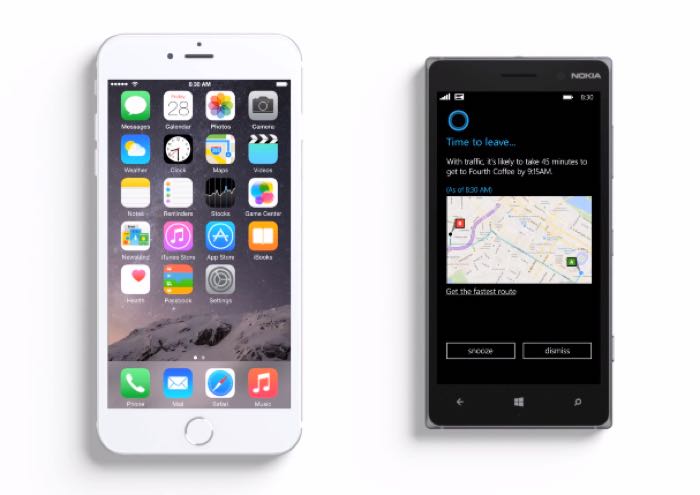 Microsoft is back again with their Cortana vs Siri adverts, and this time the video features Apple’s new iPhone 6 Plus vs the Lumia 830 from Microsoft.

Microsoft is attempting to show that Cortana can so more things that Siri in their latest video, Cortana tries to show off what she can do, where as Siri points out that she’ got bigger’ with the new larger iPhone 6 Plus.

What do you guys think, does Microsoft’s continuing Cortana vs Siri campaign make you want to buy a Windows Phone smartphone over an iPhone? Leave a comment and let us know.