Corsair have today today announced a new range of solid state drives called the Force Series 3. Which have been designed to take advantage of the new SATA 6.0 Gb/s (SATA 3) interface to deliver impressive speeds at attractive prices.

The Force Series 3 features the highest performance version of the latest-generation SandForce SF-2281 SSD Processor with out-of-box read and write speeds of up to 550 MB/s and 520 MB/s respectively. 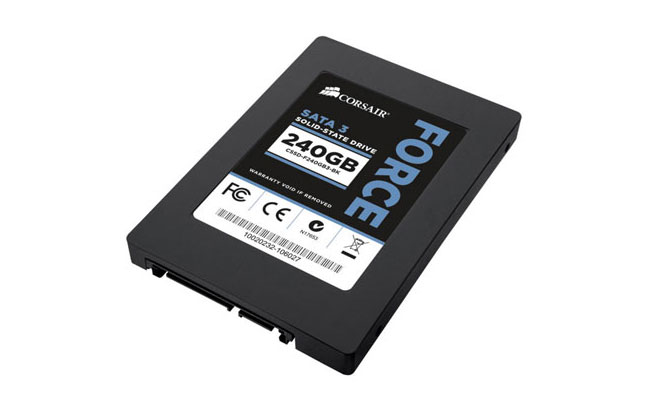 All Force Series 3 models are also backward compatible with SATA 2, and include an easy-to-use 3.5″ adapter to allow owners of both desktop and notebook PCs to enjoy the cool, quiet operation and enhanced system performance, for a relatively good valued price.