If you were old enough to watch MTV in the 90’s you will know Beavis and Butthead. If you didn’t watch the cartoon show when it was new, you can catch a bunch of episodes on Hulu now so you can figure out who Cornholio is. That said if Cornholio ever turned to the force the Cornobi is what he would use to defend good and vanquish evil. 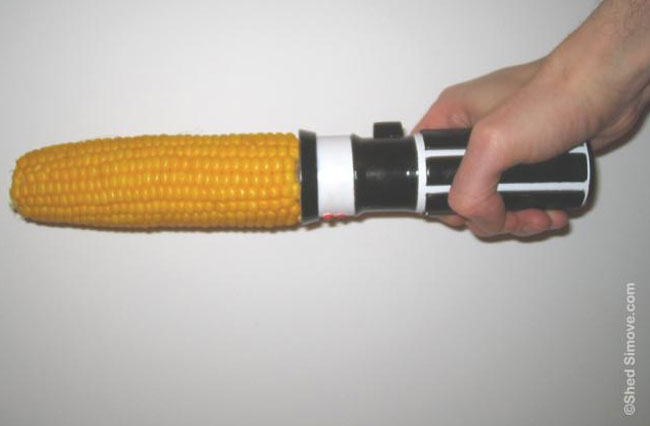 I suspect if he crossed swords with a real lightsaber wielding this Cornobi corncob holder he would end up with popcorn. What you see here is a fat corncob holder that you can use to get your grub on. Holders for corncobs generally have handles on both sides of the cob so this concept might be hard to use.

It has three spikes that stab into the corncob and it looks really cool as well. I think this is the perfect concept for ThinkGeek to pick up and make into a real product. It would go great with my Enterprise pizza cutter. The designer of this device is Shed Simove.