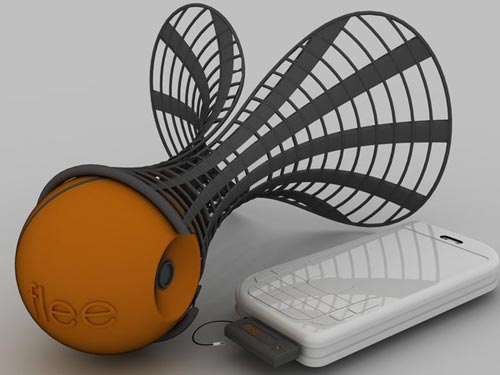 The idea is that you throw the flee like a football, and as it is travelling away from you it takes photos of you. 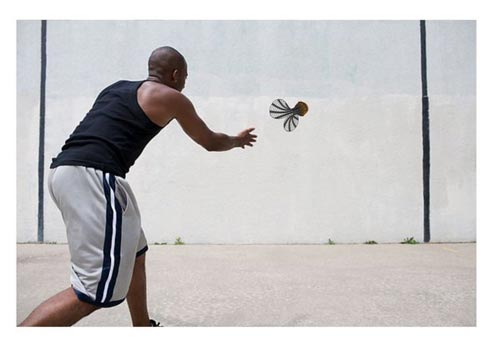 The photos are then transmitted to your mobile phone via bluetooth at various time intervals. 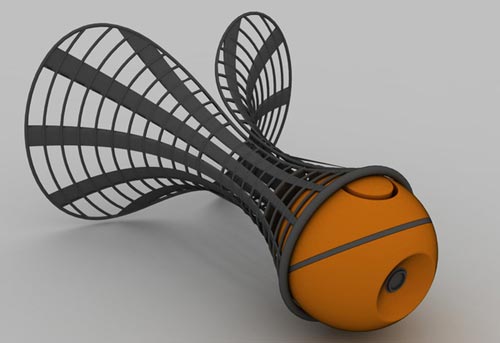 There is a receiver unit which is plugged in to your mobile phone to decode and store the images. 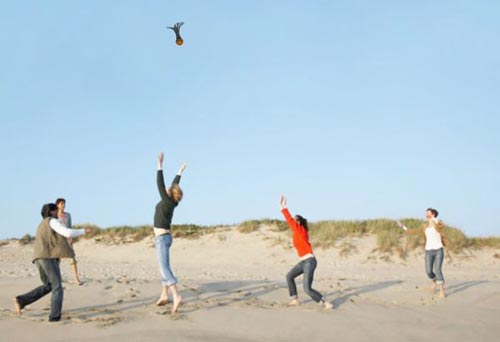 This is a great concept and I bet you could take some amazing and different photos with this cool gadget. 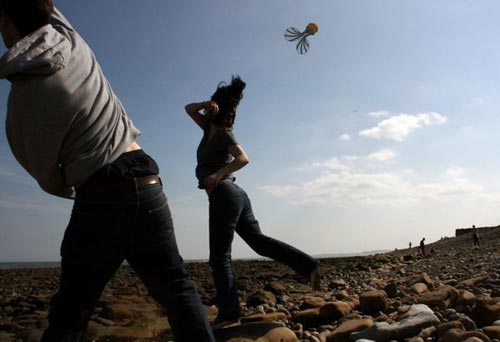 I wonder how long the camera inside the unit would last after being thrown about and landing on the ground a lot, but I am sure this is something the designer has considered.

This would be a great gadget to throw around on the beach with your friends and take some really cool photos.