Like many designers around the world, Chengyuan Wei was struck by the banality of everyday objects. (Believe us, this happens a lot among design circles.) To save our souls from dumb phones and vestiges of the corded telephone era, she conceived this Origami Handset that’s a flat rectangular sheet that pops up for when it’s used. Looks a bit too fragile for comfort. It’s a good idea though. 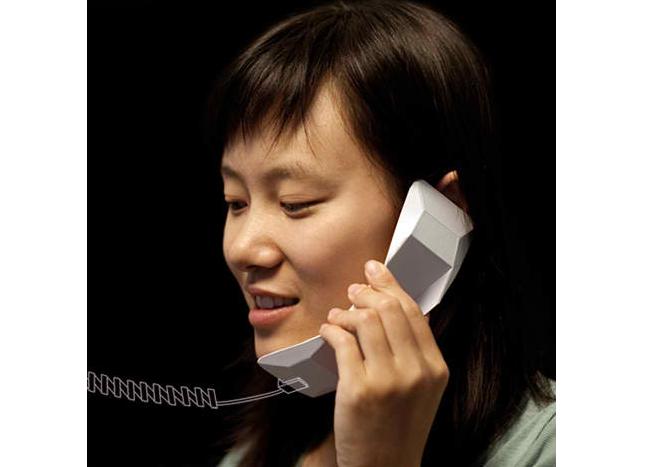 The awful part is it’s not wireless. Maybe in the future, Origami laptop perhaps?

Here’s what it says on the non-product page (excuse the bad grammer n word play):

If we look closely at objects that surround us, they often belong to a unified system, a system created by big commercial corporations. Our attitude and feelings toward objects are often sculpted to adapt systems because there usually isn’t a second choice.
Everyday objects such as telephone are good example of these unified systems. Although less and less people use telephone, there are over thousands of telephone are made every day which are all look the same, and even no changes have been made during the past several decades.
Then one day I took apart a handset of a telephone, and found that all the functional parts are only took small space of the handset. So I thought maybe I can design a unique handset of telephone which has a light and material efficient structure.