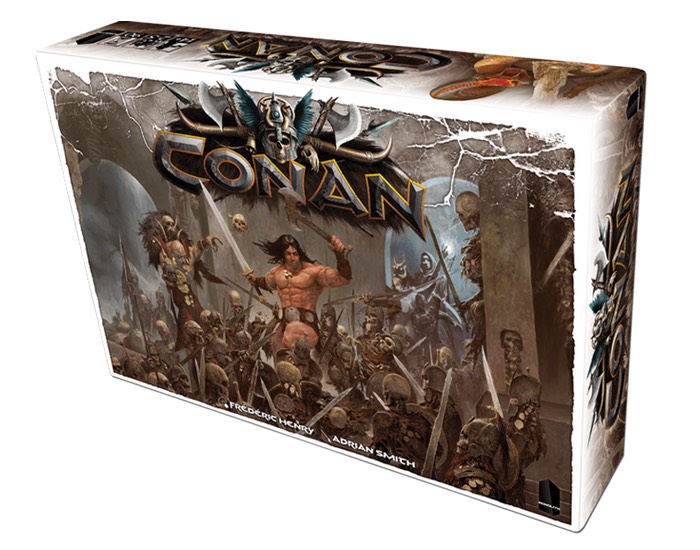 After launching at the beginning of January, the Conan Board Game that is currently taking Kickstarter by storm has now passed more than $2 million in pledges thanks to over 11,000 backers, and is still available to purchase with a variety of stretch goals and extras available to Kickstarter backers.

Currently there are just two days left remaining to be able to get yourself an exclusive Kickstarter Conan Board Game bundle that includes a wealth of extras to enhance the gameplay even further. Watch the video below to learn more about this new board game created by Monolith Board Games.

“Conan is a miniature-based board game that pits one player, the overlord, who controls hordes of savage tribesmen, no-good lowlifes and undead minions against 1 to 4 players who incarnate the legendary Conan and his fellow adventurers. The gameplay is asymetric, as the overlord possesses a large selection of models and objectives which are his own, whereas the brave heroes are played from a first person perspective, much like in a role playing game. An adventure can be played out in 1 hour on one of the beautiful game boards as you pit your wits, daring and tactical acumen against your opponent.

All pledge levels will be available in English and French. You will be able to choose your version during the pledge manager phase after the campaign. The Barbarian level pledge will get you a standard game box along with ALL the stretch goals unlocked during the campaign.

The King level pledge is a deluxe box that will only be available during the kickstarter campaign. The additional exclusive models included come with 4 scenarios to play with them. We will also include ALL the stretch goals that are unlocked during the campaign.”

For more information on the new Conan Board Game that is in its last two days jump over to the Kickstarter website for details via the link below.