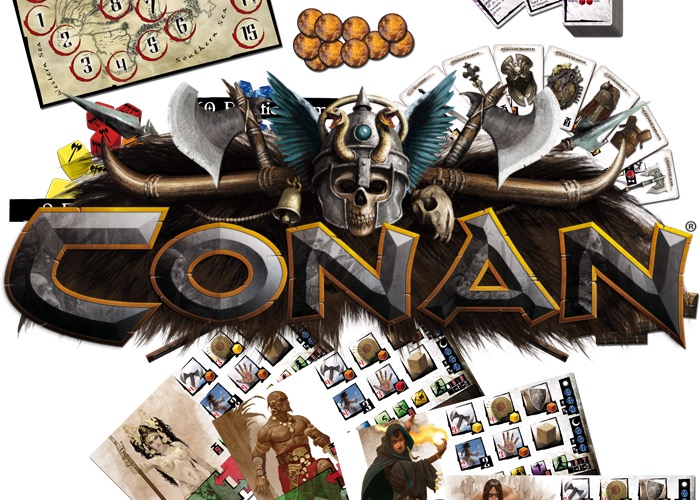 Monolith Board Games has launched a new Kickstarter campaign for its awesome looking Conan board game which in just four days has received more than $500,000 in pledges from over 4,000 backers with still 26 days left to run the campaign.

The Conan board game has been designed for 2 to 5 players and includes 74 highly detailed, 32mm miniatures allowing players to relive the epic saga of Conan and his companions in a board game inspired by the writings of Robert E. Howard. Check out the video below to learn more.

“Conan is a miniature-based board game that pits one player, the overlord, who controls hordes of savage tribesmen, no-good lowlifes and undead minions against 1 to 4 players who incarnate the legendary Conan and his fellow adventurers.

The gameplay is asymetric, as the overlord possesses a large selection of models and objectives which are his own, whereas the brave heroes are played from a first person perspective, much like in a role playing game. An adventure can be played out in 1 hour on one of the beautiful game boards (depicting iconic locations of Howard’s immersive Hyborian world) as you pit your wits, daring and tactical acumen against your opponent”

The Conan board game project is currently over on the Kickstarter crowd funding website, so if you think Conan is something you would enjoy playing visit the Kickstarter website now to make a pledge for $135 bag your copy.