Relic Entertainment has just unveiled details for its new game Company of Heroes 2 Theater of War, revealing a little of what you can expect from the game when it officially launches. 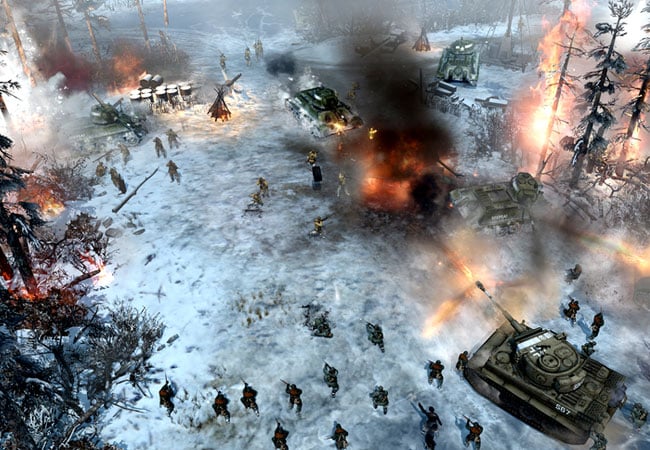 “We’d like to make these pretty substantial packs of co-op scenarios, challenges and AI battles, which are scripted battles on existing maps. We’ve never really supported our long-term co-op or comp stomp players. We’ve got guys who’ve play against the AI with their friends for years and years and years. And this gives them an opportunity to play new content. That’s a way for us to continue to support development of the game years and years later.”

Eurogamer explains a little more about the development of Company of Heroes 2 :

“Relic intends to build on the Theater of War with downloadable content post-launch, taking players through the years of the conflict. The idea is that you’re carried geographically across the front. In 1942, for example, the battle lines will look different than they did in 1941.”

For more information on the new Company of Heroes 2 game and more screenshots jump over to the Eurogamer website for details.