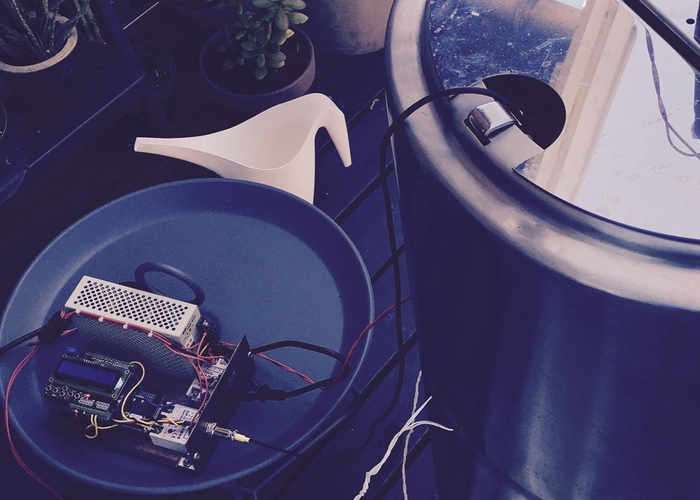 Homebrewing enthusiasts that are looking for a semi-automated small batch brewing system may be interested in CompaBrew, a new brewing system for hardcore homebrewing which is being created by Alexander Stogniy and Denis Martin based in Copenhagen, Denmark.

The pair of developers have this week launched their new small batch brewing system via Kickstarter the aim of raising the required funds over the next 35 days to take their system into production.

Watch the video below to learn more about CompaBrew and what sets it apart from other brewing systems currently on the market. Its creators explain a little more :

Compabrew – Our aim is to offer the best nano brewing experience combining ease of use and features from the industrial world into a compact design.
– Compact: no pumps, integrated heaters on the entire surface with stackable kettles.
– Ease of use: Automatic programmable mash tun, fast mash transfer by gravity and an automated boiling system.

Features from the Industrial brewhouses :

– The three vessels are insulated with rockwool to reduce heat losse. The mash kettle and boiling kettle are equipped with a built-in heating system. It is installed over a large surface area guaranteeing a gentle and even heat transfer. The maximum achievable temperature is 140 degrees Celsius, which is comparable to a steam powered brewhouse.
– The mash kettle is equipped with a mash mixer, temperature transmitter and controller. The controller allows the user to save multiple mashing profiles.
– The lauter tun is equipped with a wedge wire false bottom. It ensures a fast filtration and reduces the risk of clogging.

The Boiling kettle has it’s own controller, enabling different boiling recipes to be saved. A boiling recipe will consist in a main boiling time with an alternative alarms based on temperature (prior to boiling) and based on time (during boiling) to remind the addition of hops and other adjuncts.

We believe it is addressed to:
– Hardcore homebrewers looking for a compact system allowing several brews a day.
– Brewing groups keen to have a better overview of the classic brewing process.
– Craft Brewers in the need of a pilot plant willing to test new recipes, looking for a system that guarantees repeatability.

For more information on the new small batch brewing system jump over to the Kickstarter website for details by following the link below.