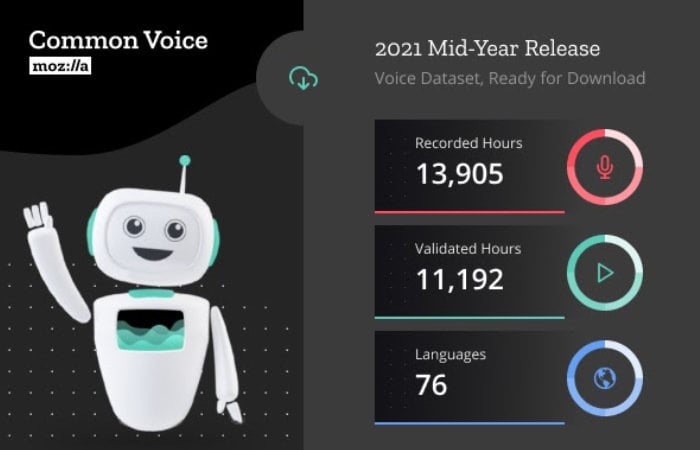 Developers, hobbyists and makers looking for an open source multilanguage dataset voices that can be used to train speech enabled applications, may be interested to know that NVIDIA and Mozilla have released the latest Common Voice Dataset surpassing 13,000 hours of crowd-sourced speech data, as well as adding another 16 languages to the corpus. The Common Voice is the world’s largest open data voice dataset and designed to democratize voice technology and is already used by developers, researchers and academics worldwide.

“NVIDIA has released multilingual speech recognition models in NGC for free as part of the partnership mission to democratize voice technology. NeMo is an open-source toolkit for researchers developing state-of-the-art conversational AI models. Researchers can further fine-tune these models on multilingual datasets. See an example in this notebook that fine tunes an English speech recognition model on the MCV Japanese dataset.

Contributors mobilize their own communities to donate speech data to the MCV public database, which anyone can then use to train voice-enabled technology. As part of NVIDIA’s collaboration with Mozilla Common Voice, the models trained on this and other public datasets are made available for free via an open-source toolkit called NVIDIA NeMo.”