Older readers may remember the Commodore computers in their original form, which were first launched back in 1982, and were equipped with a powerful 64 kilobytes of RAM and graphics, for the time.

Now Commodore USA who have already launched a retro styled Commodore 64 Extreme, which has been brought up to date and is now powered by an Intel Quad Core i7 Processor. Is developing a new operating system that will emulate the look and feel of the original. 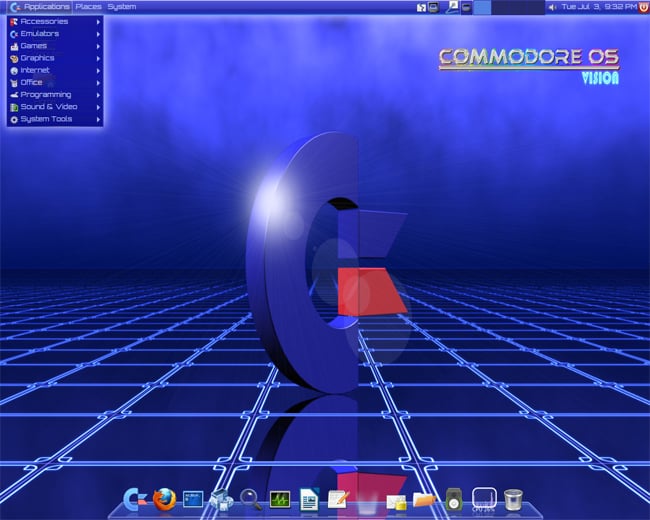 The latest version of the new Commodore OS 1.0 Beta 9 is now available to download and is based on Linux Mint, and is capable of running app which have been designed for Mint, Ubuntu, or other popular Linux distributions.

It includes dozens of games of all genres (FPS, Racing, Retro etc), the Firefox and Chromium web browsers, LibreOffice, Scribus, GIMP, Blender, OpenShot and Cinellera, advanced software development tools and languages, sound editing through Ardour and Audacity, and music composition programs such as the Linux MultiMedia Studio. It has a classic Commodore slant with a selection of applications reminiscent of their classic Amiga counterparts.”