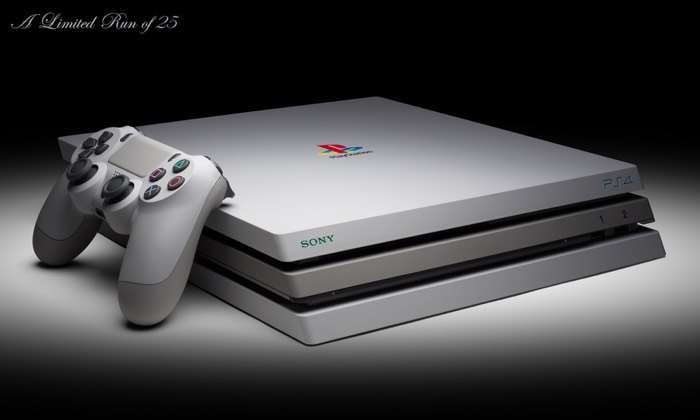 Colorware have announced that they will be launching a limited edition of the PlatyStation 4, the Colorware PlayStation 4 Pro Retro

The new Colorware PlayStation 4 Pro Retro will be limited to just 25 consoles and this new console takes its inspiration from the original PlayStation console.

It was the year 1994, Sony came up with a system that managed to create its own market and beat all competitors. The Sony PlayStation changed everything, it felt like something new after watching Sega and Nintendo dominate the market. Let’s celebrate that old grey box! Colorware has recreated the classic look of the first Playstation by integrating those retro colors into the newest PlayStation 4 Pro gaming console. This is a limited edition console with only 25 being made in the world! Your console will have its own number of authenticity. Don’t miss this opportunity to go back in time!

With the PlayStation 4 Pro, Sony has introduced console gamers to the beautiful world of 4k and HDR. With this new system Sony is giving gamers whole new worlds to explore. With Greater Draw Distances, softer features, and advanced visual fx games look and feel more realistic than ever. Now your console can look as good as it does on your new 4K TV.

You can find out more details about this limited edition PlayStation 4 Pro Retro console over at Colorware, the console will retail for $899.