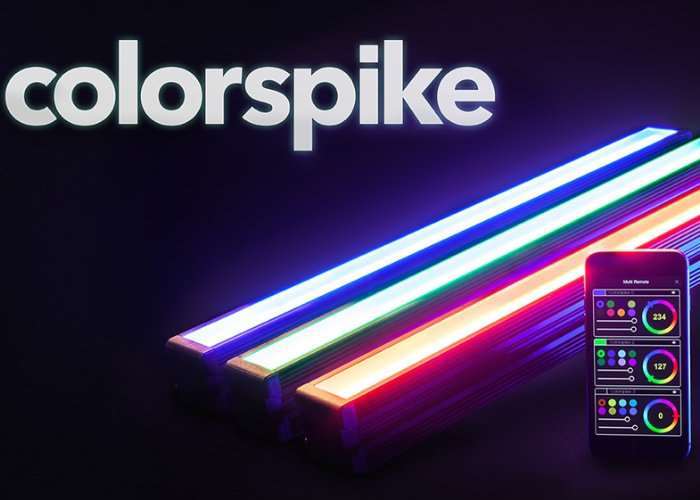 The creative team behind Pixelstick which launched thanks to a successful Kickstarter campaign back in 2014 which raised over $628,000 thanks to over 2170 backers. Once again taken to Kickstarter to promote their latest creation Colorspike.

Colorspike takes the form of a smartphone controlled animated lighting system which is completely portable allow you to work either in a studio or out and about with ease. Watch the demonstration video below to learn more about Colorspike the inspiration behind the lighting system.

As photographers who became designers, our product ideas typically come from personal need, and colorspike is no exception. What we needed was a creative light that was:

1. Able to dial in a ton of interesting effects
2. Great for both video and stills, in-studio and on-location
3. App-controlled
4. Able to be linked together into an easily controlled multi-point lighting system
5. Bright enough to be useful

While we found a few tools that fulfilled some of these requirements, we couldn’t find anything that did all of it (or even most of it) particularly well. And thus, the idea for Colorspike was born. We’ve spent the last 2 years pouring our heart and soul into it. We think we’ve come up with something pretty great – we hope you do too.

Pledges start from $299 with delivery expected to take place during March 2018. Jump over to the official Kickstarter campaign page using the link below for more details and specifications.