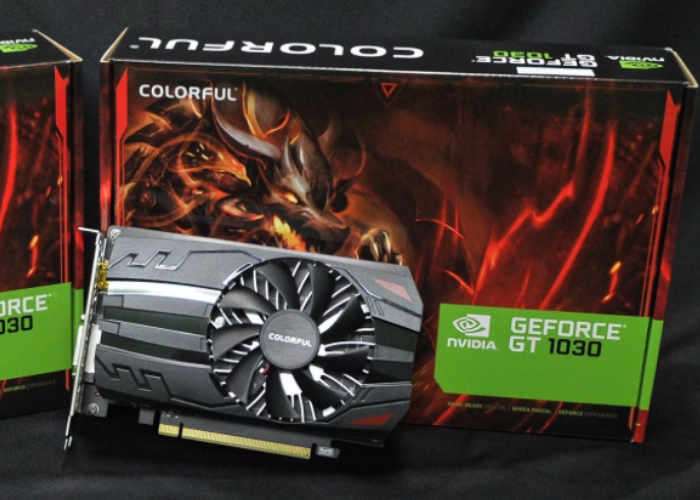 The Colorful Technology Company Limited has this week unveiled a new addition to their range of graphics cards with the launch of the Colorful GT1030 2G graphics card which has been designed for the more mundane processes around the office or home rather than full on gaming.

The Colorful GT1030 2G graphics card offers 384 Streaming Multiprocessors (SMs), and runs at a base clock frequency of 1227 MHz while the GPU Boost clock speed is rated for 1468 MHz and is based on the Pascal GP108 silicone.

Colorful have equipped the card with GDDR5 memory at 2GB capacity which is wired to a 64-bit bus, together with 24 TMUs, 8 ROPs and has a rated draw of 30 watts power consumption. Unfortunately no information on pricing or worldwide availability has been released as yet, but as soon as information comes to light we will keep you updated as always.