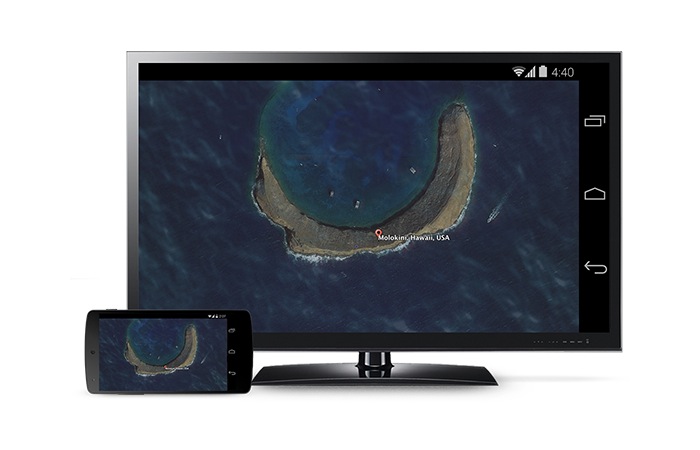 Google has finally announced the roll out of the highly requested Chromecast Android screen mirroring feature that now enables Android users to mirror their small screen Android device onto their large HDTV.

The new Chromecast feature now enables anything that you can view on your small screen Android device whether it be a smartphone or tablet to be streamed directly to your Chromecast dongle connected to your HDTV HDMI connection.

The new Chromescast Android screen mirroring feature is still in beta at the current time and will be released for popular Android phones or tablets from Samsung, HTC, LG, and others over the next few days Google explains :

“You can mirror your Android phone and tablet to the TV so you can see your favorite apps, photos or anything else, exactly as you see it on your mobile device—only bigger.

To start mirroring, simply select “Cast Screen” from the navigation drawer in the Chromecast app and select your Chromecast device.  On Nexus devices, this feature is also available through the quick settings menu.”

To be able to use the new Chromescast Android screen mirroring feature you require the 1.7 update of the Chromecast app available from the Google Play Store.

For more information on the new Chromecast feature jump over to the Chrome Blogspot website  via the link below for details.