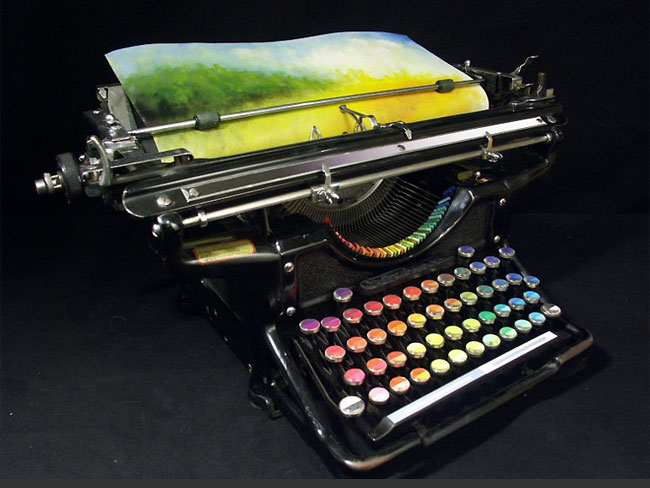 “The 2012 West Collects “West Prize Competition” is off and running. The little Chromatic Typewriter is out in the world and the feedback has been great. I’ve decided to re-type my artist statement with the thing. It ought to be equally decipherable as any other I’ve read lately.

I’m super excited about it. The reaction to the piece has been pretty special. It seems to be making a lot of people happy and it has started some great discussions on the translation of art into words and words into art. And folks with synesthesia seem to like it the most!”

The Chromatic Typewriter is still just a prototype at the moment and after each typed painting you must manually refill the colours that correspond to the keys. Even though there is only one available Callahan has priced his creation at $3,000-$5,000, and more information about the Chromatic Typewritern can be found over on Callahan’s website.