A Chinese smartphone maker has reportedly copied the new iPhone 5 design from all the leaked parts we have seen over the last few weeks, and they are releasing a device which apparently looks like the iPhone 5, but runs Google’s Android OS.

The Goophone I5, which you can see in the photo below obviously borrows its design from the various iPhone 5 leaked parts, and if this wasn’t enough, the company behind the device has apparently patented the design in China. 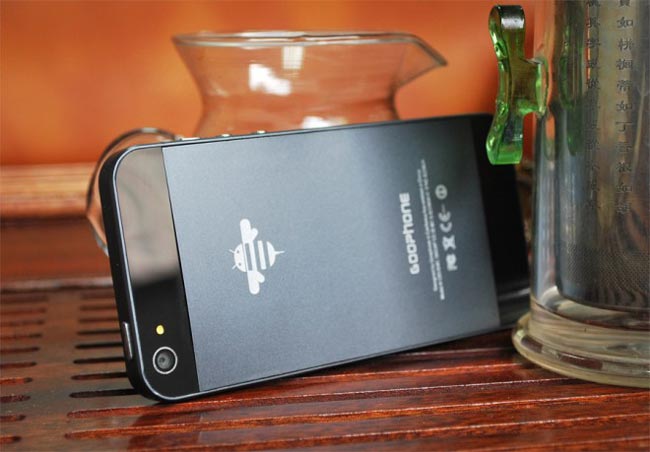 The Goophone i5 comes with a 3.5 inch display whilst the new iPhone 5 is rumored to come with a 4 inch touchscreen display, what is interesting is that if the company has patented the device in China, then there could be a possible lawsuit between the makers and Apple.

The Goophone manufacturer has copied various smartphones from the top manufacturers previously, not just Apple’s iPhone, but also Samsung’s Galaxy S III, and according to Wired they are even using Samsung’s own press shots on their website.