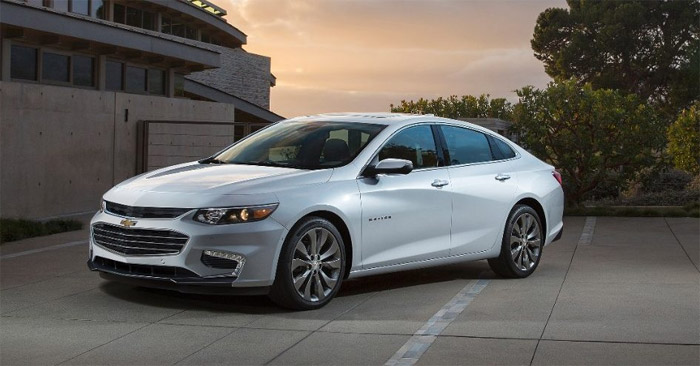 Traditionally the Chevy Malibu has been a terrible looking car that only finds a home on rental car lots for the most part. Chevy wants more typical buyers to put a Malibu in their driveway and to get that to happen it has completely redesigned the 2016 Malibu. The redesigned car looks fantastic and while it’s larger than its predecessor is, it is lighter and more fuel-efficient.

Buyers can opt for a hybrid model that uses some tech from the Volt to achieve 45mpg combined. That hybrid car has a 1.8L direct-injection four-cylinder mated with a two motor electric drive system good for 182hp combined. It can cruise at up to 55mph on electricity alone.

The standard engine is a 1.5L turbo unit with 160hp and start/stop technology. The optional engine is a 2.0L turbo producing 250hp and mated with an 8-speed automatic. Another new feature in the Malibu is a Teen Driver mode that lets parents check driving stats like speed to be sure kids are being responsible. Pricing and availability are unknown at this time. New safety features are also available including forward collision alert and rear cross traffic alert along with an automatic parking assist feature.