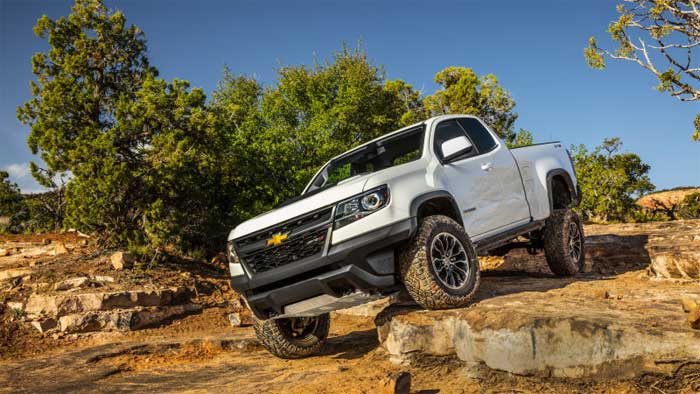 Chevrolet is having a problem that it says it is aware of. The issue is for owners of the Colorado truck with 4×4 who take their trucks off-road and use them. There have been several reports of the side curtain airbags deploying on these trucks.

Chevy Says, “We are aware of this situation happening on rare occasions. The reason it would occur is that head-curtain airbags are designed to deploy if the sensing system predicts that the vehicle is about to roll on its side.”

This was a casualty I witnessed today. The only one that I took video of on this trail, on one of the most difficult obstacles we did on our level trail ride. They made it all the way to the top, and something caused the airbags to go off. That’s the pop you hear, and the woman screams. That’s gonna be an expensive repair bill….

Chevy had a similar issue with some Camaro models deploying airbags during performance driving situations in the past. Reports indicate Colorado owners are pulling the airbag fuse when off-roading to stop this from happening, not an ideal situation.