As the robot apocalypse edges closer and closer, you may have thought you would be able to outrun them, if the worst came to the worst. Unfortunately for most of us thats probably not going to be possible. As the Boston Dynamics’ Cheetah robot has now been tweaked, refined and improved, and is now capable of running at 28.3 mph, beating its previous record of 18mph. 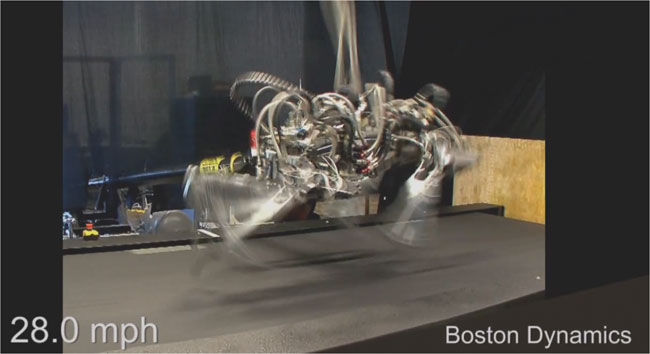 To put that into perspective, double world Olympic champion Usain Bolt’s top speed is 27.78 mph. The project is funded by the Defense Advanced Research Projects Agency (DARPA), and Boston Dynamics is also responsible for creating the BigDog robot. Watch the video below to see the Cheetah Robot project in action.