In the vast universe of Star Wars merchandise, there exists a sizable subgenre called Han Solo Carbonite. Another variation is Han Solo Encased in Carbonite. The point is there’s an endless line of both official and fan-made merch depicting dear old Han in his carbonite prison. In our opinion, it’s one of the worst pieces of movie memorabilia, an awful sculpture whose details have gone awry. But it’s hyper-popular in many places. 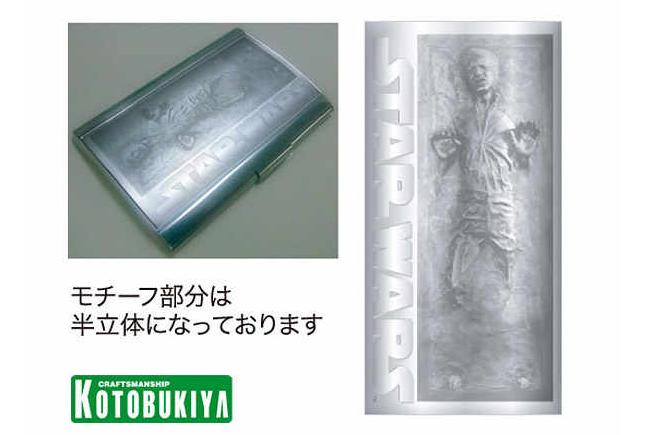 The product itself isn’t very exciting. Basically a metallic case with a Han Solo Carbonite print on its surface together with the Star Wars logo. Functionality is straightforward, features are zip.

Comes as no surprise then that in Japan, an online retailer is selling a Han Solo Carbonite business card case. Pricing is so far unavailable and there are no other sellers other than Japan. This might hit U.S. or U.K stores soon though. But we’re not sure. It just ‘might.’