Like Dr. Who? Like Chess? Then maybe an investment is waiting to happen—a £30 investment that is. Pictured below is an odd Dr. Who themed chess set populated by characters from series five. It’s currently available for pre-order and features all cast members from the telly program, including more than a couple of Tardis boxes. 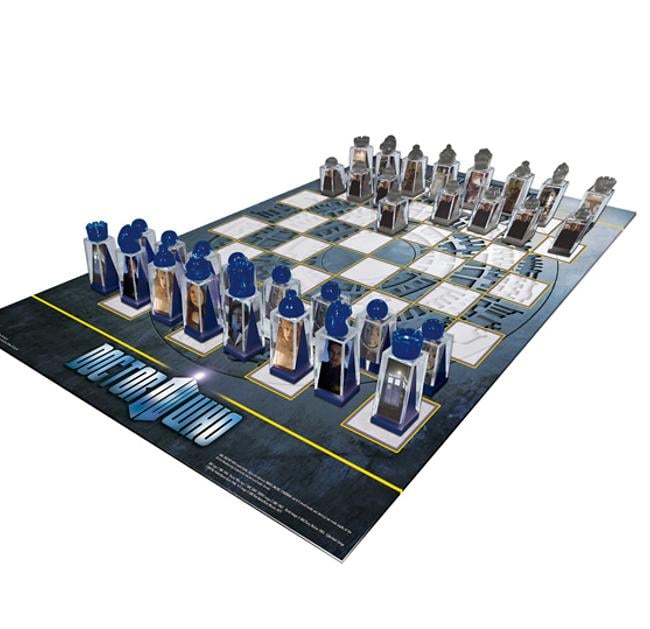 Chess can be a baffling game. You spend most of it trying to figure out what’s going on, while taking fire from your enemy. And even when it looks like all hope is lost, you can’t help sticking around to see how it ends – just like an episode of Doctor Who, then.

Well, you can imagine our giddy squeals when we discovered that the two have been combined to create this Doctor Who Chess Set. Taking everyone’s favourite characters from the fifth series – including the bow-tie-wearing Doctor himself – this compelling collection pitches goodies against baddies. Ever thought chess was a dull game? Try going up against a Cyberman. Come along, Pond!

This Dr. Who chess set is recommended for serious fans only. If you’re into Dune, just wait for the Arrakis themed variant.