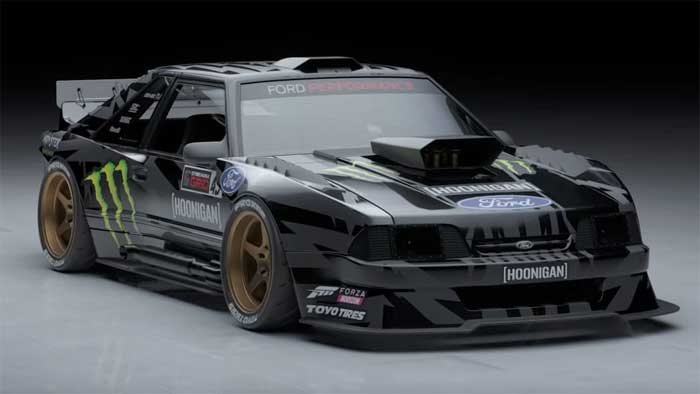 Ken Block has become an icon for his wild Ford vehicles and the slick Gymkhana videos that he makes racing prowess. Block and his team are at work on the next wild creation and the car seen in the renderings here is expected to be it. Block loves the Fox-body Mustang that disappeared after 1993.

The car is being designed by Ash Thorp. He has worked on graphic design for a lot of video games and was behind the design of the latest Batmobile. The car has the wild look of a rally racer with lots of vents, scoops, and a big wing out back. The final specifications for the car aren’t hammered down just yet, and for now, it’s available in the virtual world only.

Block did say that he enjoyed the naturally aspirated V-8 Hoonicorn noting that the twin-turbo version was something of a handful. We will be surprised if the car isn’t an all-wheel-drive, and we expect major horsepower. The original Hoonicorn made 845 horsepower. Check out the video for more details.