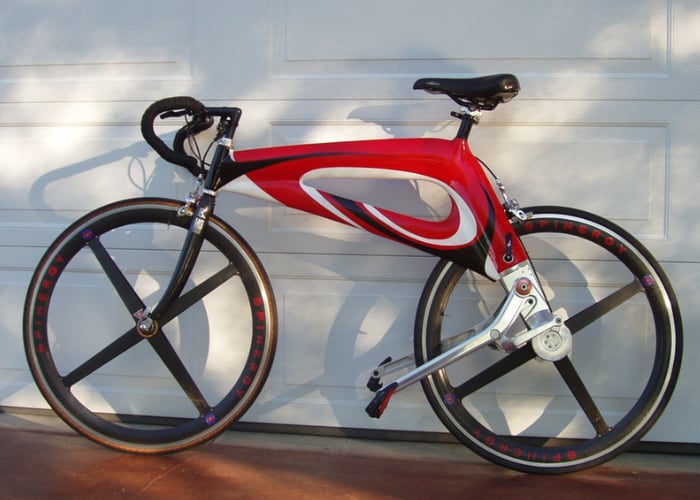 NuBike is a new chainless bicycle which incorporates a unique frame and drive system created by designer Rodger Parker. Watch the demonstration video below to learn more about the design and specifications of the limited edition NuBike which has launched via Kickstarter this month with the aim of raising $347,000 over the next 30 days.

Early bird pledges are available from $3,600 with worldwide delivery expected to take place sometime around August 2019. The carbon fibre frame and drive system can be combined with components of your choice such as wheels, sandal, handlebars, forks, breaks and more will be limited to a small production run of just 50 pieces.

“The ideas began with drawings on napkins, then progressed to wood and plastic mock-ups. When I thought my design might work, I hired a machinist to fabricate my designs out of aircraft grade aluminum. Along the way, there were ideas that just didn’t work and, fortunately, many that did. Getting something to work mechanically is doable, but pairing a mechanical device to fit the human anatomy, not that easy. Then, there were the delays. Hi-speed computers run the machines, but making one part at a time still requires the same lengthly set-up time it takes to replicate thousands. Small orders produce small profits, so small orders are put on the back burner.”