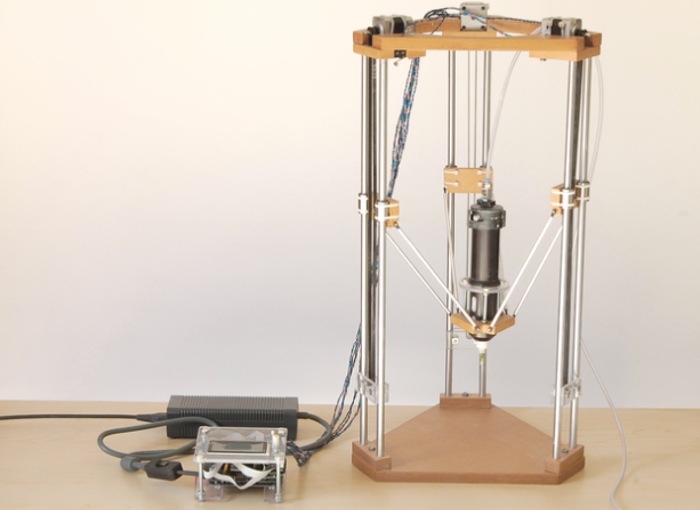 Johnathan Keep has unveiled a new ceramic 3D printer he has built which cost around $700 and is capable of printing using a clay medium rather than the more traditional plastic filament, metals or plastic pellets.

The design of the ceramic 3D printer has been based on the Delta style of 3D printers currently available and has been modified using parts from a Techcon Systems dispensing gun to create the clay extruder. Watch the video after the jump to learn more and see the clay printing 3D printer in action.

Compressed air is used to extrude declared from the cartridge and is capable of providing around one hour’s worth of 3D printing before it needs to be replaced. Keep has used an Arduino Mega 2560 microcontroller to drive the three high torque stepper motors to position the guide rods. Keep explains :

“Annoyed and frustrated by 3D Systems buying out and then stopping the production of the RapMan 3D printer. This was the first kit printer Belgian design duo Unfold adapted to print with clay and has subsequently been copied and widely used by others, I decided to develop my own replacement 3D printer. Based on the delta type of 3D printer my aim has been to use parts that can either be made with basic DIY tools and skills, or ordered off the internet.”