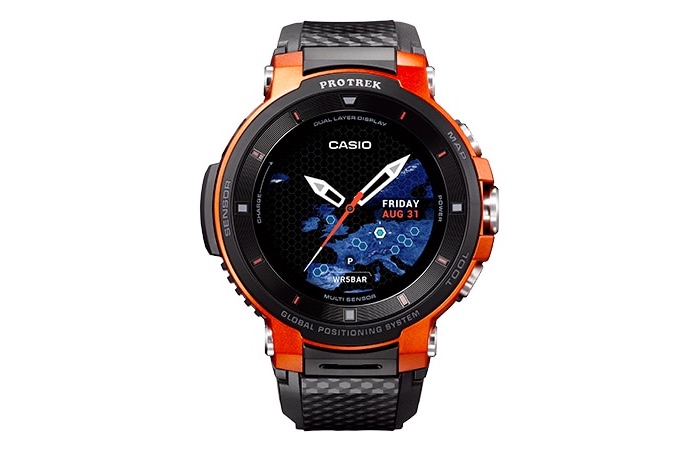 Casio has revealed its latest smartwatch at IFA 2018, the Casio Pro Tek WSD-F30 and it comes with offline maps and GPS log recording which can be used for up to three consecutive days.

The new WSD-F30 comes with Extend Mode which enables use of offline color maps and GPS for up to three days on just a single charge. In Extend Mode, time and measurement data is continuously shown on the monochrome display, and a color map can be displayed with a push of button. Extend Mode also conserves energy by switching the operating system to energy-saving stand-by mode on a schedule set by the user. It also ensures optimal power management based on the activity plan, allowing the user to track his or her current location on an offline map and record tracks during activities longer than a single day.

You can find out more details about the new Casio Pro Tek WSD-F30 over at Casio at the link below, as yet there are no details on pricing.