A unique concepts has started it journey over on the Kickstarter crowd funding website called, Casetop, which has been designed to allows you to transform your smartphone into a notebook device.

The Casetop concept is the brain child of Livi Design and Casetop is compatible with any Smartphone that is equipped with a video out option and Bluetooth, including Apple, HTC, Blackberry 10 and Samsung smartphones. Watch the video after the jump to learn more about the Casetop project and see it in action. 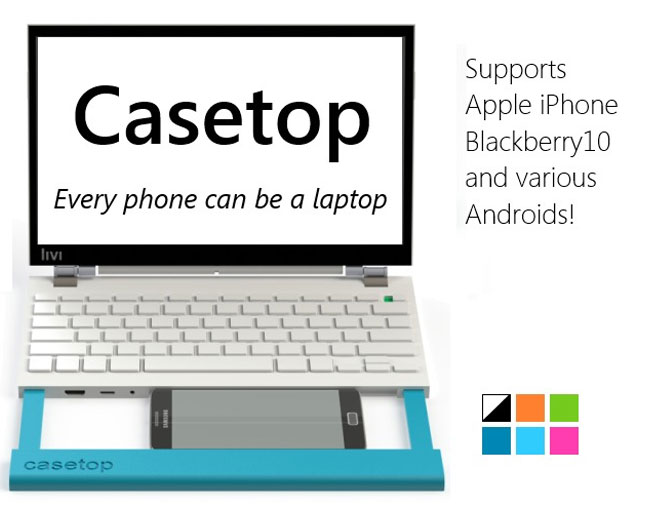 The very unique Casetop device aims to be supported by new phones for a minimum of ten years from point of sale by using standardised ports such as HDMI, MHL and MicroUSB.

“The Casetop body itself is a pearl white while the frontbar comes in 7 different colors for Kickstarter backers to choose from. While the Casetop right now comes in white, we will be producing a black one at a later date, and it might be possible to offer this to Kickstarter backers in a survey later on (depending on volume).”