Carrier Command: Gaea Mission is a modern remake of the classic Carrier Command launched by Bohemia Interactive back in 1988, and is a cross between a real-time action strategy game and vehicle simulation game.

The new game Carrier Command: Gaea Mission is still currently under development by Bohemia Interactive the makers of Arma series of war time simulation games. Watch the video after the jump to see it in action. 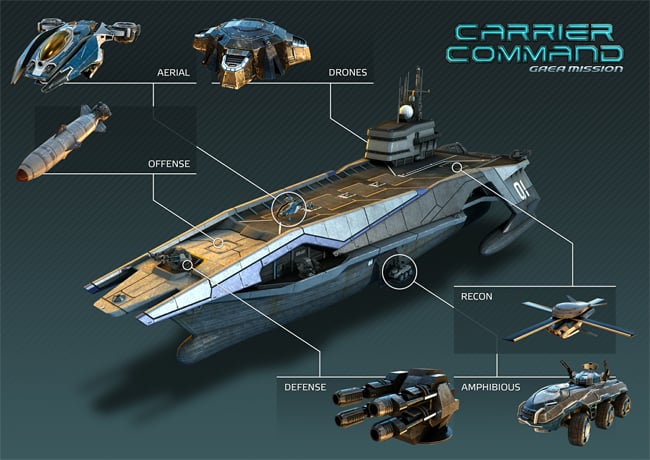 Within the new Carrier Command: Gaea Mission you take the role of a commander of a near-future aircraft carrier with a wealth of firepower and craft at your disposal to carry out missions. But during the game you will also need to leave the safety of your aircraft carrier and enter a first person shooter mode.

“Carrier Command: Gaea Mission is a breathtaking combination of action game with strategic elements set in a vast detailed archipelago. It reinvents the classic gameplay of the original Carrier Command to deliver a truly next-gen experience.”