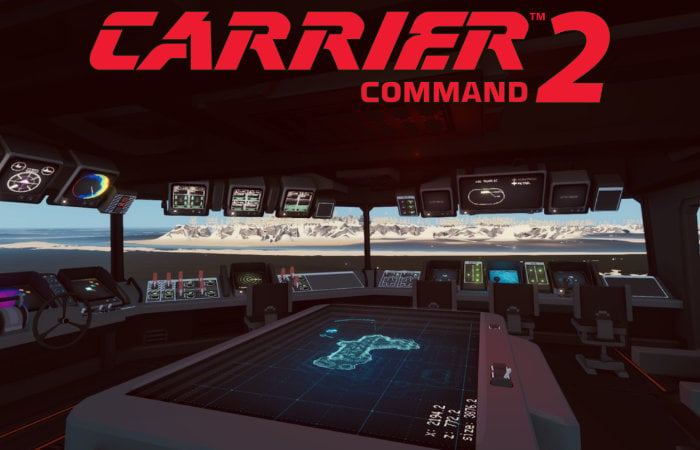 The development team responsible for creating the new virtual reality game Carrier Command 2 have announced it will be officially launching later this month in a few days time on August 10th 2021. Allowing you to take control of a fully equipped aircraft carrier and offering a deeply mechanical strategy game.

Carrier Command 2 allows you to use both land and sea vehicles as well as cruise missiles to achieve your mission. Check out the trailer below to learn more about what you can expect from the new virtual reality military simulation game from MicroProse. “Carrier Command 2 is a real-time strategy game that puts you in command of a futuristic carrier able to deploy a vast array of aircraft and amphibious units. Compete against AI or human players and hop into every single vehicle to take matters into your own hands!”

“The long awaited return of the strategical military conquest game. A nostalgic tribute to the 1988 original, reimagined and scaled to modern hardware and audiences. Carrier Command 2 is a deeply mechanical strategy game, where the player commands the immense military power of the ACC Carrier, armed with cruise missiles and the capabilities of launchable land and sea vehicles. At sea, and in isolation, with very limited support, the player is balanced on a knife edge between conquest and defeat.”