Recently, Carbon for Twitter v2 went live in the Google Play Store, and came with many exciting new features along with a totally revamped UI. 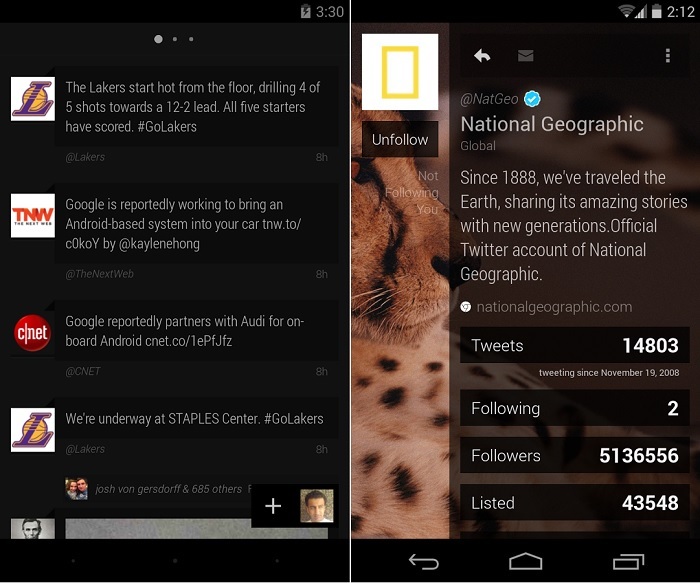 The news came from M.Saleh Esmaeili, the developer behind the popular Carbon for Twitter application, on Google+ who mentioned that the application is near its token limit. Many popular applications such as Falcon Pro and a few others suffered the same fate due to the token limit, and were taken off the Play Store.

Many popular Twitter clients were struck by this, and it seems Carbon for Twitter is next. But, the developer said he’s not upset with this and users shouldn’t as well. M.Saleh Esmaeili said he’s looking forward to the new projects, and will keep on updating Carbon from time to time.

I’ll keep the planned updates coming. I’ll update app’s description and warn users who download it that only those who had tokens can use it. And NO! I won’t make a way for custom API keys, that’s just going around the problem, and we don’t cut corners when it comes to that.

There are still a few hundred thousand tokens left as per the warning received by the developer, so if you want to try your luck, head over to the Google Play Store and download the application. You might get yourself a token if you’re lucky enough.