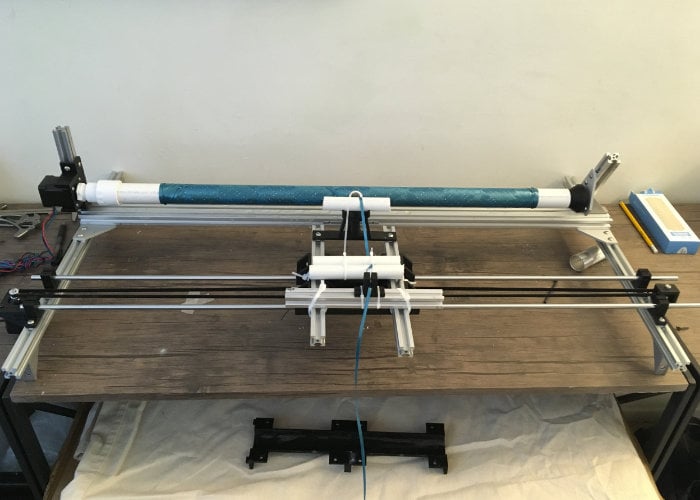 If you are considering building your very own bicycle and would prefer not to buy an off-the-shelf frame, you may be interested in a new Arduino controlled carbon fibre filament winder specifically created to build bike frames. The winding machine has been built using an Arduino Uno development Board equipped with a pair of driver boards then carefully roll strands of carbon fibre onto a PVC tube in an overlapping pattern.

“Straight fiber wound tubes at Rock West Composites, a major composites manufacturer, sell for about $30/foot and weigh about 100g/foot at the diameter I’m interested in. If I wanted that cool pattern, I was looking at spending about $70/length at a weight of 200+g/length or make my own. So one feverish night in Nukus Uzbekistan, I spent a few hours looking up fiber winders, and how conceivable it would be to do just that. I was exhausted, having ridden my bike hundreds of miles into the middle of the desert and having spent that particular day running around trying to find an Uzbek notary to tell Azerbaijani customs to send me my spare tires. “I can beat $30 and 200g a foot,” I declared.” 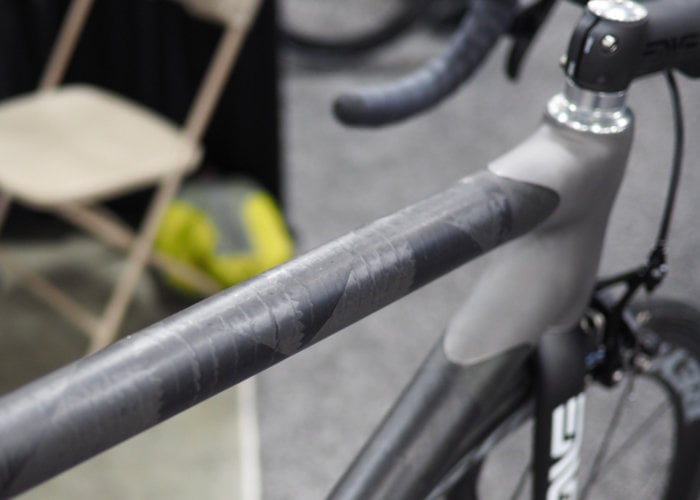 “A huge, commercial fiber winder costs tens of thousands of dollars. Even millions, if you count some of Lexus’s winders or Boeing’s. Even a consumer version, sold as a kickstarter a few years ago, costs a few thousand and it doesn’t even include the main strut of the machine! Granted, these commercial machines give you a lot of control and useability. The best ones can wind non-contiguous pieces, like pipe fittings, using 5-6 axes of movement. (If you click one link in this paragraph, make it that one…)”

Once finished the poxy resin is then dripped onto the assembly process to create the carbon fibre rods which are lighter and much cheaper than off-the-shelf rods. For more information on the frame created using this system jump over to the Bryan Kevan blog by following the link below.