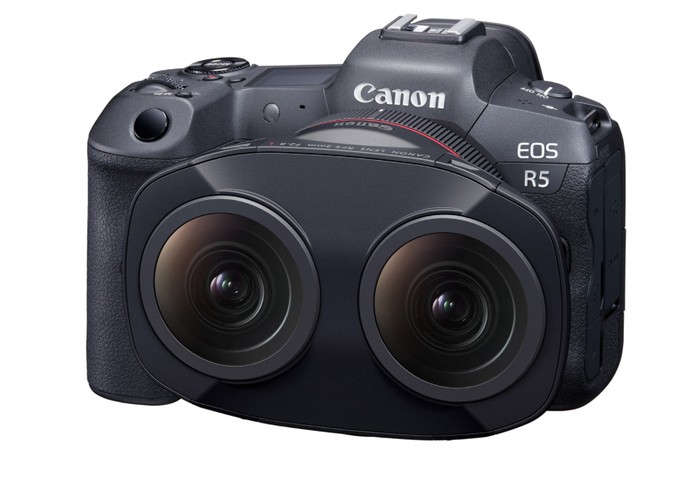 Canon has today launched a new way to capture virtual reality content with the introduction of a new 180° stereoscopic lens in the form of the Canon RF5.2mm F2.8 L Dual Fisheye Lens. Check out the video below to learn more about the latest unique lens created by the team of engineers over at Canon which can be used with a new firmware for its EOS R5 camera to support immersive capture, and new software for handling post-processing. 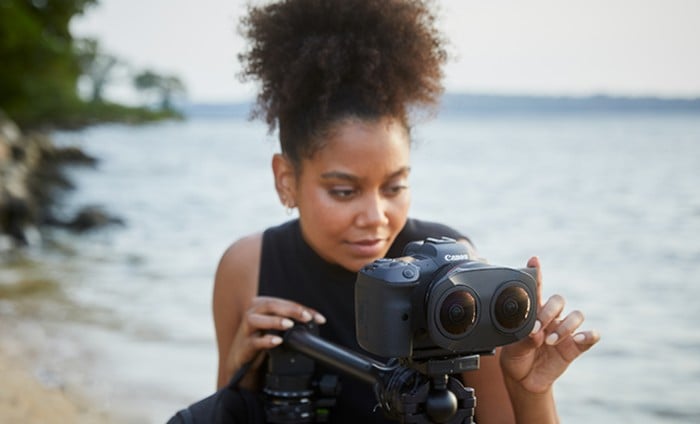 The RF5.2mm F2.8 L Dual Fisheye lens reference SKU: 5554C002 is priced at $1,999 and is now available to preorder with shipping expected to take place on December 23rd 2021.”The RF5.2mm F2.8 L Dual Fisheye lens gives you the ability to create an immersive 3D experience. When imagery captured with this lens is viewed on compatible head mount displays such as the Oculus Quest 2 and more, a viewer can feel like they are a part of the story that you create.”

This L-Series RF mount lens is compact, lightweight, and portable, shooting stereoscopic 3D* with a 60mm interpupillary distance and a maximum aperture of f/2.8 to a deep depth of field f/16. An exciting new entry to the realm of 180° VR production, the RF5.2mm F2.8 L Dual Fisheye Lens brings VR in reach.  *When paired with the Canon EOS R5 camera equipped with firmware update version 1.5.0 or later, and with the use of Canon EOS VR Software solutions. Viewing in 3D requires a compatible Head Mount Display.”