Canon has added another compact digital camera to its line up with the launch of the Canon Ixus 300HS. The Canon Ixus 300HS features a 10 megapixel CMOS sensor with a Canon Digic 4 Processor, which is designed for enhanced low light performance and high-speed shooting.

It also features a f/2.0 wide-angle lens which is designed to produce faster shutter speeds, and it features a number of manual setting which are designed to offer artistic flexibility. 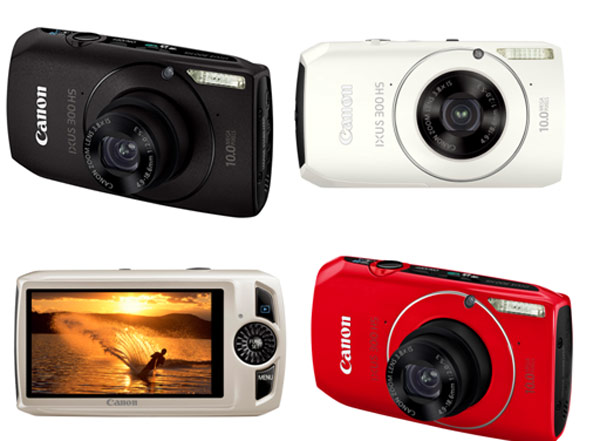 The f/2.0 28mm wide-angle lens features a a maximum ISO of 3200 at full resolution, and there is also a low light mode which has an extended ISO range of ISO 6400, capturing images at 2.5MP resolution.

On top of that the Canon Ixus 300HS features 3.8x optical zoom, built in image stabilization, plus a three inch LCD display. The Canon Ixus 300HS is capable of recording HD video in 720p, plus there is also a Super Slow Motion Movie mode, which captures at 240 frames per second (fps) and plays back at a much slower 30fps.