Gamers curious about the differences in graphical performance that can be expected in the new next-generation of PlayStation 4 games consoles launching later this month, when compared to the existing older generation of consoles. 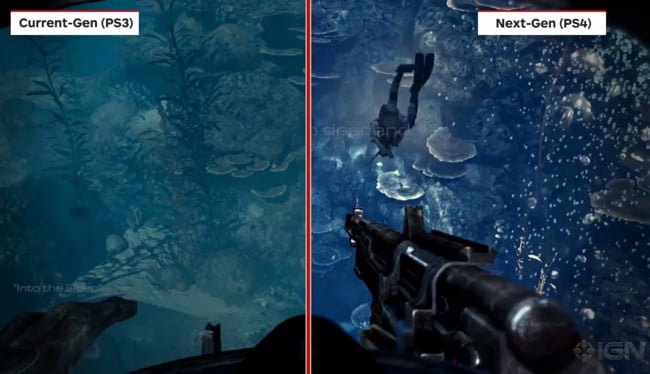 As you can see from the  video below the definition of the new PlayStation 4 is far beyond what the current Xbox 360 can create and as game developers get more comfortable creating games for the next generation of consoles you can expect both the gameplay and graphics to advance even more.

The new next generation PlayStation 4 console will be launching on November 15th 2013 in the US and slightly later throughout Europe on November 29th 2013.

The IGN team is also expected to release a new video showing Microsoft;s next generation Xbox One up against the older generation of consoles, allowing you to compare Microsoft’s hardware innovations.