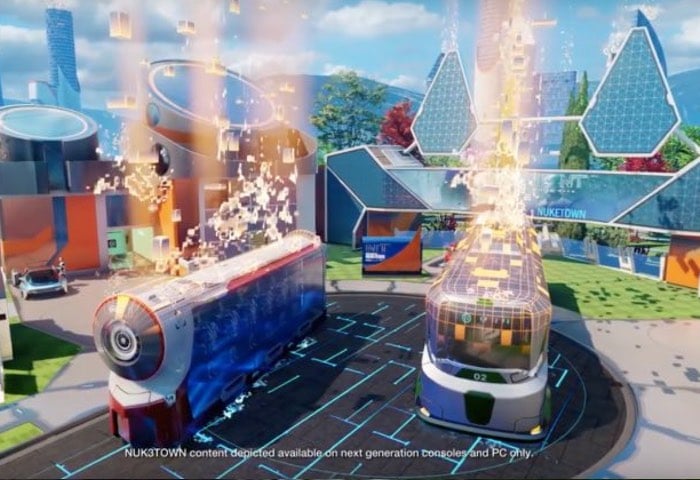 With the highly anticipated launch of the new and latest Call of Duty Black Ops III game that will be  released on PC, PlayStation 4, and Xbox One next week on November 6th, 2015.

Its developers have released a first look at the Black Ops III Nuketown map players will be able to enjoy which is included as a bonus map that will unfortunately will not available on PS3 or Xbox 360 as depicted.

Set in 2065, this fan favorite map from Black Ops has returned in a big way. Nuk3town has been re-designed from the ground up to highlight Treyarch’s new momentum-based, chained-movement system, allowing players to battle in this adrenaline-charged multiplayer map. Players will experience a new take on this classic run-and-gun, close-quarters map. Escape a harsh reality and enjoy this virtual neighborhood of the future.