As expected the new Call of Duty: Black Ops 2 Vengeance DLC is now available to download from Microsoft’s Xbox Live service and brings with it four new multiplayer maps in the form of Rush, Detour, Cove and Uplink and one new Zombies mode variant map called Buried. 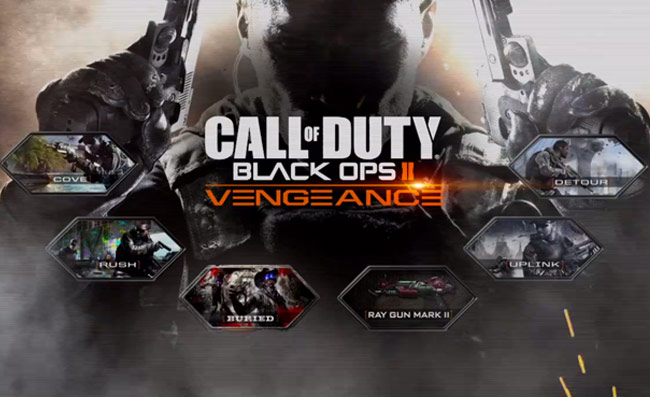