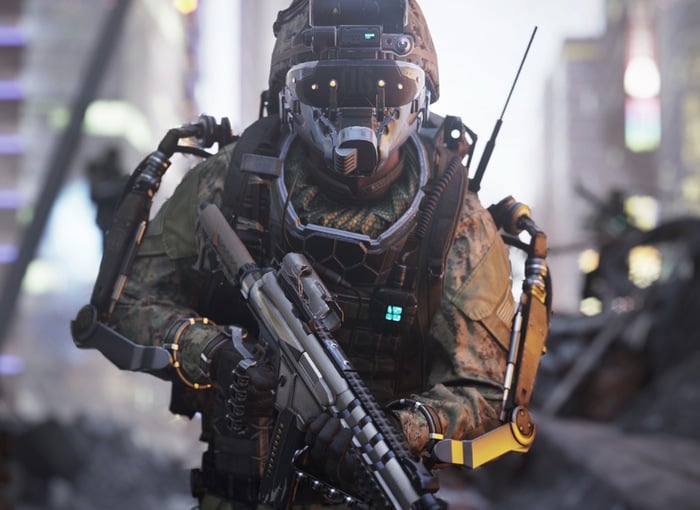 Gamers looking forward to playing the new Advanced Warfare multiplayer game, are sure to enjoy this new trailer realised by Activision this week for the upcoming Call of Duty Advanced Warfare video game.

The latest 7 minute trailer reveals details on the new Advanced Warfare multiplayer gameplay within the first-person shooter, demonstrating how the new exoskeletons and customisation options within the game can help you dominate the battle arena.

Activision has also included footage of the new Air Drop feature providing a glimpse of the mechanics and abilities you will be able to enjoy whether you choose to battle using an exoskeleton or without.

The new Call of Duty Advanced Warfare game will be launching on November 4th 2014 and will be available to play on next generation PlayStation 4 and Xbox One consoles, as well as older PS3, Xbox 360 and PCs. But unfortunately there’s will be no Wii U version at the current time. Michael Condrey, the cofounder of Sledgehammer, explained a little more about the new game in the series :