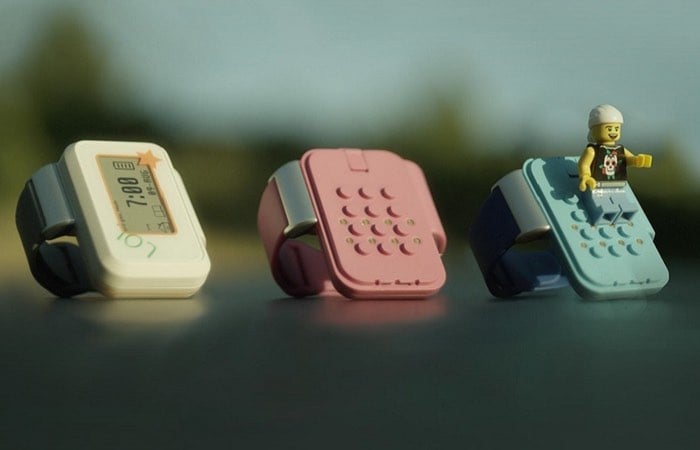 C-way based in France, has created a new GPS locator for kids, which is being marketed as the first plug and play wearable for parents to create a secure link to their children.

The integrated GPS system within the wearable device allows parents to check their children’s position using the companion smartphone application whilst also providing their children with the ability to roam without overpowering parental supervision.

The wearable kids device is also equipped with other features such as a scheduler that reminds children of upcoming events, watch the video below to learn more.

The wearable C-way is fun to play with, educational and grows up with your kids. We have invented a plug & play concept which enables :

• 3 to 6-year-olds to play with their Lego figurines or personnalize their wearable with fun add-ons, such as the hide & seek game. And since they can’t read time or text messages yet, all they want is to have fun with their wearable
• 8 to 10-year-olds to plug a watch and read time with cool icons as well as text messages. They can also plug and play with others add-ons depending on their mood

C-way engineers succeeded to materialize this concept by embedding a Lego platform in the wearable to allow younger kids to plug any Lego figurines or brick they want to play with.
That’s why C-way grows up with your kids. It’s a wristband, a watch, a scheduler, a super hero or a hide & seek game. It’s your kid’s choice.

The C-way project is currently over on the Kickstarter crowd funding website looking to raise enough pledges to make the jump from concept to production. So if you think C-way is something your children could benefit from, visit the Kickstarter website now to make a pledge and help C-way become a reality.