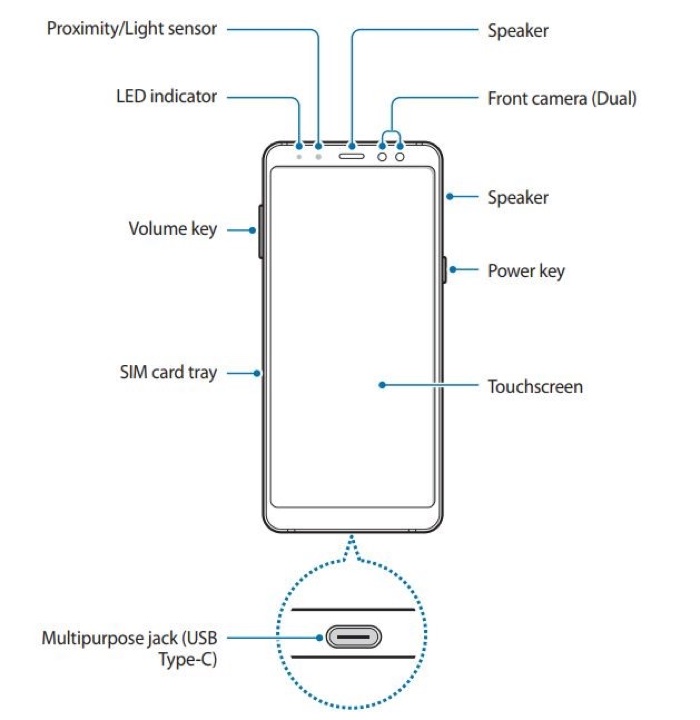 It looks like we have some more information on the Samsung Galaxy A8 and Galaxy A8 Plus. The user manual for the two handsets was leaked recently and this has revealed some more details about the handsets.

The user manual has revealed that the new Samsung Galaxy A8 will feature dual front cameras, the handset will come with a single rear camera and will feature a fingerprint sensor under the camera.

These two new smartphones are replacement devices for the Samsung Galaxy A5 and Galaxy A7 smartphones. The handsets will get a number of hardware upgrades over the current range.

We previously heard that the two handsets would come with an 18:9 display with slim bezel, the devices will also come with Android 7.1.1 Nougat. Samsung is expected to make these new smartphones available some time soon.

They could launch this month or they may appear at either CES 2018 in January or Mobile World Congress 2018 in February. As soon as we get some more details we will let you guys know.