The bullet counter that every first person shooter (FPS) player takes for granted and can give a game advantage within a computer game has now made the jump from video game to real life, to bring the same advantages to the battlefield.

A new device is attached to the side of a gun and records the number of rounds you have left in your magazine, just like in FPS games. Watch the video after the jump to see the new bullet counter manages with an automatic weapon. 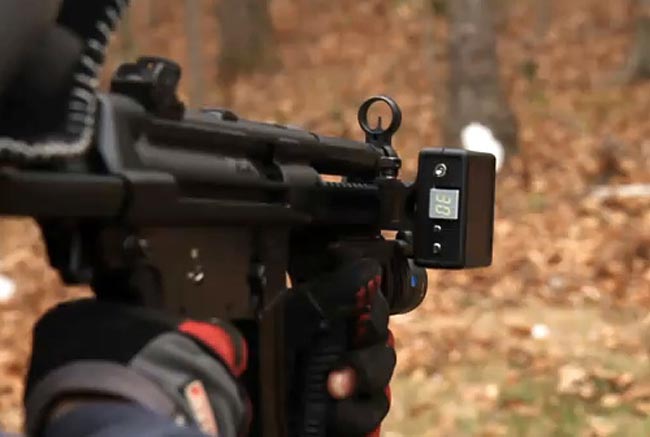 The new invention seems to work very well even on the side of an automatic weapon and even corrects the users in the video after a burst around the 1:00 mark is incorrectly identify as four rounds, but the device correctly records five.

The maker, MichaelCiuffo on YouTube, has now received so many requests for the device that he’s now taking orders and going into full production.