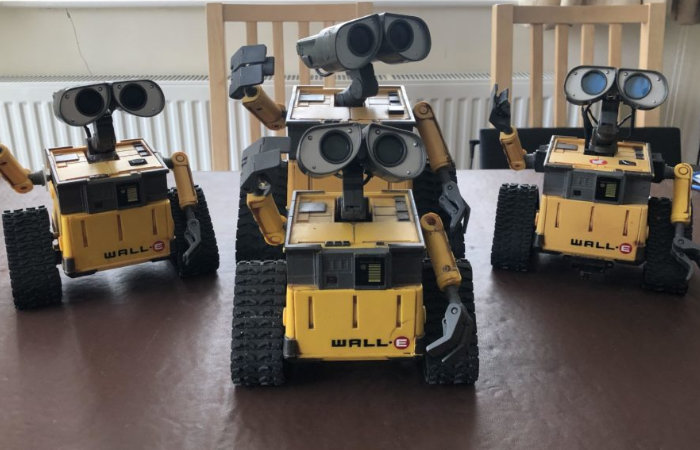 If you have ever wanted to own or build your very own WALL-E robot you might be interested in a new Arduino project which uses the plastic WALL-E robot toy together with a little Arduino to create a fully functional robot that can react to your commands. Thanks to the inclusion of an Arduino Nano Servo shield and EasyVR3 Voice recognition module.

“My build is loosely based on a Robot by DIY(makers) on Youtube, there is a link to their website, it is in Spanish but can be Translated, there are step by step photos of the build so I wont go into too much detail in this Instructable, mine is more or less the same with Servo installation so I will focus more on the electronics and code, but with a few pointers along the way with the build.”

“As for the Arduino code, this code is driven by the EasyVR3 module using EasyVR Commander, this software allows you to input voice commands then it turns these commands into code and in turn uses actions for the movements, it also allows you to input the Wall e sounds using another piece of EasyVR software called Quick Synth, these sounds can be called up simultaneously with the actions.”