Last week we saw some photo of the new Apple budget iPhone, and now it looks like we have some more, which were posted online by Taiwanese site Apple Daily.

As well as the photos of the budget iPhone there is also another photo, the second one below, which is apparently of the casing of Apple’s new iPhone 5S. 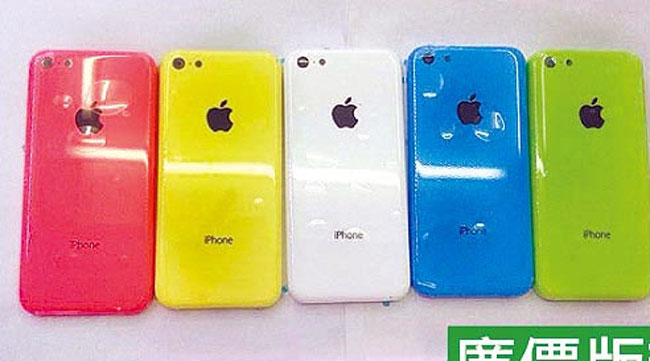 It looks like the budget iPhone will be available in a range of colors, as you can see from the photos, there will be a blue, red, white, yellow and green version of the device.