Legendary Psychonauts and Brutal Legend studio Double Fine has teamed up with Might & Magic: Clash of Heroes and Superbrothers: Sword & Sworcery EP developer Capybara to develop a secret pixel art arcade racer featuring characters from all of those games and more. Yeah. 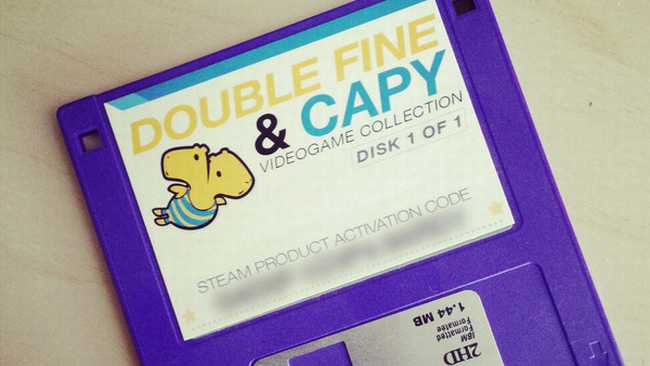 “You guys. New secret Capy game being released. In a special way. At PAX East 2013,” the Capybara Twitter account reads. The game is to be distributed on floppy disks that may or may not be functional.

“We only made 200 boxes, and even then some of the floppies might not work, but the people who buy them will be allowed and encouraged to share the game,” according to Capybara co-founder Nathan Vella .