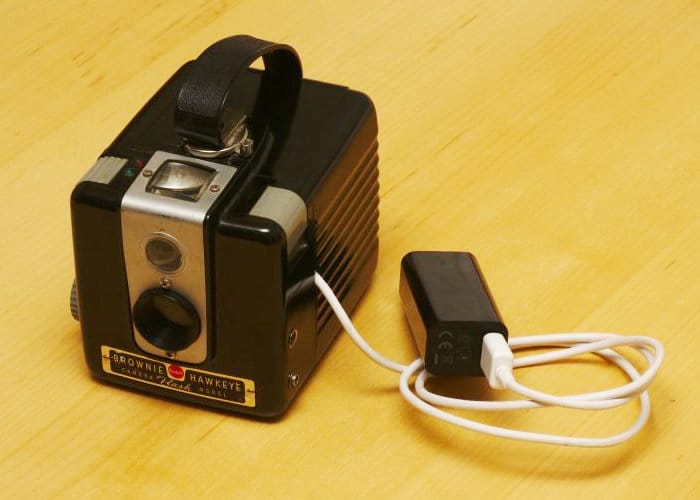 The iconic Kodak Box Brownie camera first released way back in 1900 by camera manufacturer Kodak has been given a digital makeover thanks to Daniel Berrangé Andy Raspberry Pi Zero mini PC. The full conversion is available in this months official Raspberry Pi magazine the MagPi, which is now available to download or purchase in stores throughout the UK and also worldwide. 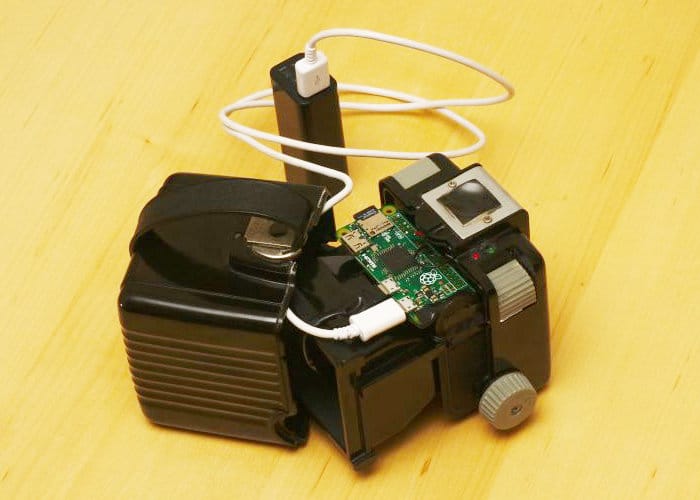 Daniel’s latest project has been inspired by the work he carried out installing a pinhole web camera inside a ladies powder compact case. He explains “the Box Brownie project is essentially a repeat of that design but with a normal lens instead of a pinhole, a real camera case, and improved software to enable a shutter button. Ideally, it would look unchanged from when it was shooting film. In order to operate the camera, Daniel had to work on the shutter button. “The Box Brownie’s shutter button is entirely mechanical, driven by a handful of levers and springs,” Daniel explains. “First, the Pi Zero needs to know when the shutter button is pressed and second, the physical shutter has to be open while the webcam is capturing the image. Rather than try to synchronise image capture with the fraction of a second that the physical shutter is open, a bit of electrical tape was used on the shutter mechanism to keep it permanently open.””

For more information on the project and others created by Daniel jump over to the Pinhole Miscellany website by following the link below. If you enjoy building Pi projects you might be interested in our comprehensive list of Raspberry Pi displays, HATS and small screens.