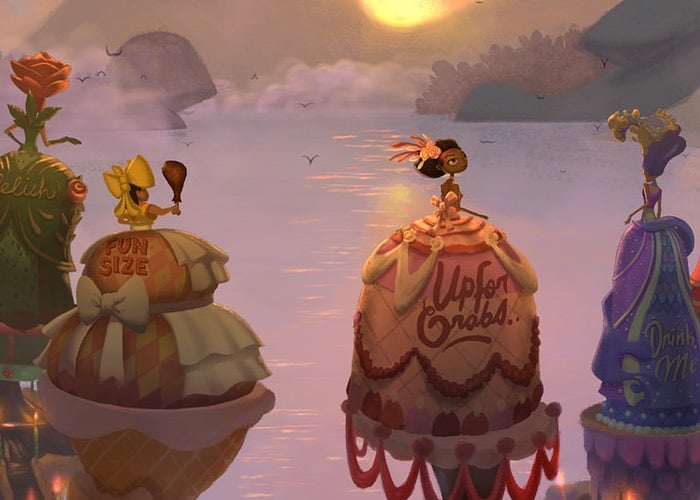 Broken Age was originally funded by a record breaking crowdfunding campaign on Kickstarter, and if your haven’t already enjoyed playing it and own a PlayStation next generation console or handheld device.

You will be please to know that Broken Age will be launching on the PlayStation 4 and PS Vita on April 28th 2015 and thanks to a partnership with the PlayStation Third Party Production team will feature cross buy and cross save.

“Broken Age tells the story of Vella and Shay, a girl and boy from completely different worlds who seem to be leading strangely parallel lives… …Vella has been chosen by her village to have the honor of being sacrificed to the terrible monster Mog Chothra, but having no interest in being devoured by a horrible beast, must go against ages old tradition and make her escape.

Meanwhile somewhere in space, Shay is living a solitary life under the care of a very motherly computer, and whilst his every need is taken care of in every way imaginable, he wishes for nothing more than to break free from the monotonous safety of his daily life, and have some real adventures.

Broken Age features words, concept art and music from legendary adventure game makers Tim Schafer, Peter Chan, and Peter McConnell, along with the unique art of Nathan Stapley, and the voices of some amazingly talented people from the movies and TV and stuff. Shay is played by Elijah Wood from Lord of the Rings, and Vella by Masasa Moyo who played Sarah in Team America. We also managed to convince Jack Black, Jennifer Hale and Pendleton Ward to speak into microphones for us, so they’re in the game too!”