Atomic Games has just launched ts new Breach first person shooter (FPS) game bringing with it a ‘Destruction Toolbox’  that provides a whole new set of real military tactics that are not possible in any other military game. Allowing you to shock, manipulate, and obliterate your opponents.

Atomic Games, has a history of designing and creating military simulations to relevant and interested US agencies and Breach is no exception bringing a new concept of landscape destruction to change the nature of FPS combat with it. Watch the video after the jump to see the destruction that can be caused. 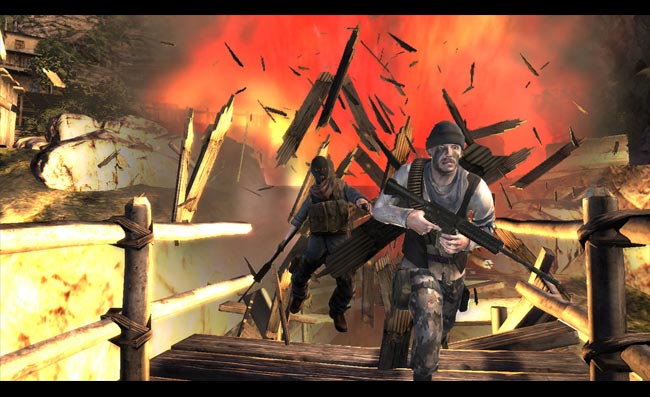 Atomic Games’ Peter Tamte is thrilled by the release of Breach, which is likely to be an influential title on the FPS genre.

“We are proud to release an original title that has the quality and innovation of a major retail game at a price anyone can afford.

“By using technology orignally built for Six Days in Fallujah, Breach offers features no one else can match at any price. Our destruction and cover systems will forever change the way games are played.”

Breach is now available on the PC and Xbox 360 and is currently available to download via Steam and Direct2Drive.